The American Bar Association is presently examining the issue of non-lawyer ownership of law firms.

There are restrictions on lawyers in the United States having multidisciplinary practices, or combining the provision of legal services and non-legal services. Historically, lawyers have been forbidden from owning, creating, or managing a law firm with non-lawyers.

The United Kingdom’s 2007 Legal Services Act was passed after a thorough study of the legal industry showed a surplus of legal services that were unmet but much needed. Instead of focusing on the identity of owners of law firms, the Act primarily focuses on the functions of advocates. Also, the Act only allows authorized lawyers to perform specific activities, such as appearing as an advocate in court, certifying documents and transactions, administering oaths, probating estates, causing the consummation of a transfer of real property and conducting litigation.

On the other hand, there is much confusion and concern on the interaction between the work of lawyers and non-lawyers in the legal profession in the United States. In many states, for instance, it is considered illegal to practice law until a lawyer has been admitted to practice within the state—regardless of whether the lawyer is admitted to practice law elsewhere.  Some companies however, are pushing the limits on the non-lawyer legal services and advertising allowed by the state.

Lawrence D. Flick a Kansas City area personal injury attorney and Senior Attorney at Flick Law Firm says “Opening up non-lawyer ownership of law firms concerns me. Traditionally, lawyers have been expected to exercise independent professional judgment on behalf of their clients. If, non-lawyers are allowed to have equity ownership in law firms and, for example, an insurance company partially or completely owns a law firm which defends its insureds in personal injury cases, the independent professional judgment of the lawyers working for the firm may take a back seat to the business goals of the insurance company.

The potential for significant conflicts of interest where, the insurance company could control everything and the interests of the insureds and injured people are purely secondary exists.”

Flick is not the only attorney with concerns, other attorneys have voiced their concern of the interest in alternative business structures. 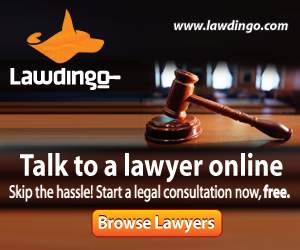